Retro Vs. vintage fashion – What is vintage clothing? 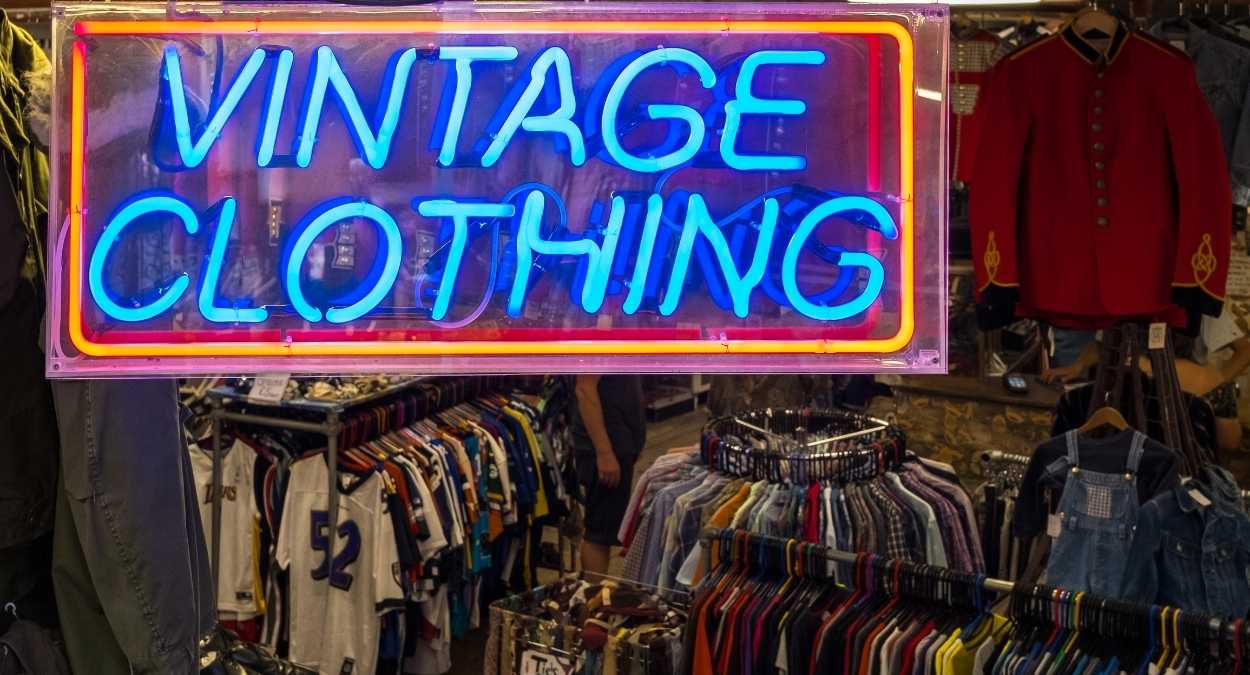 Oftentimes you might have found your thoughts perplexed between the terms retro fashion and vintage fashion; if you are still doubtful, then this article is for you. The fashion industry is one that has seen trends changing every decade. Every year has had its unique style features and fashion trends. You can see people experimenting with older styles with new in every era, which has led every generation to have a style trend distinctive to them. You can find trends that were a hoo-ha at the time might feel silly today. But fashion is an industry that does not forget its past. Trends seem to make their way and help build a new style for a new generation. One of the trends that has had its contributions on all generations is vintage fashion.

What is vintage clothing?

Normally when clothing is considered vintage, they refer to the fashion from the previous era. The clothing that was relevant in a certain period of time in history is termed vintage. But the vintage clothing has been around in some way or another; hence, it is often confused for ‘retro’. There are many similarities between the two styles that sometimes one is used as a synonym for the other. But there are definitely some details that people miss and hence get confused. While both the styles might be older but retro can be considered as a much newer trend. Retro is mostly borrowed, imitated, or reproduced vintage designs and combined with some newer trends. Many contemporary fashion houses are using vintage clothing ideas to the newest trends. Vintage clothing is one produced and designed during the 1920-80s.

Read this: How to Wear Vintage Clothing ?

What is retro clothing?

Retro clothing is a much newer concept. It is a bygone fashion today but compared to vintage clothing; it is a relatively recent concept. It is the style statement people used to follow in the early 80 and ’90s. Clothing is considered vintage if the style is at least 25 – 80 years old compared to the current fashion trends. It is considered retro if it is a fashion trend from the last two decades. The retro style takes a lot of inspiration from the vintage style, but the small peculiar details involved in this fashion separate it from the former.

Vintage fashion: things you need to know about

Vintage clothing echoes the fashion trends that were once popular during an older period, probably somewhere around the first world war times. The word symbolizes the pattern, trend, and age of the clothing or the object( that is being talked about). Vintage clothing includes old patterns and old materials. This style inspiration is being used by big fashion houses to keep you connected with the style the industry has evolved from. Here are some of the clothing patterns and styles that would give you an overview of vintage fashion. This would help you understand the probable changes in fashion with time, and then you will be able to understand the differences that you used to miss between the retro and the vintage.

Read this : 8 ways vintage clothes can be used in men’s fashion today

If you follow the clothing patterns from the 1900s to today, you will find that you have come a long way. There are many styles that were more of display and less of comfort during this time. Although the trend seems royal today, it was not easy to carry.

Women– you will find there were a lot many layers of clothing that women had to carry to get their final look. The S-bend corset was a big thing during this time. Frilled, cuffed sleeves with embellishments were the ongoing trend. Collars made out of lace and big ribbon ties could be seen in these types of dressings. Even the hairs had to be combed a certain way so it could easily accommodate big fancy hats.

Men- men too had a peculiar style that they needed to follow. With the lounge suits and big hats, they had to look tall and clean. It was seen that the length of the hat was kept longer intentionally to show the men taller than they actually were. Hats were also a way of portraying class. During this time, the frock coats were replaced by waistcoats and were fastened very high on their chests. The men wore blazers, topcoats, and overcoats according to the place and occasion. Other accessories included neckties, bow ties, and ascot ties, which depended on the occasion they were worn at.

Fashion in the 1920’s Seen a lot of changes in two decades. Both men’s and women’s fashion had seen quite dramatic differences. Post World War 1, even the fashion industry could be seen celebrating trending styles. Popular dances like the Fox Trot, the Shimmy, the tango were the dance of the decade. This was a period of romanticism.

Women– During this time the women enjoyed a much bolder fashion trend than the previous era. The long gowns and skirts from the Edwardian era were replaced with a streamlined, simple, straight, and tubular dress with a dropped waist. The ankle or mid-calf length flapper dresses had taken over the long high waist gowns.

Men-The men too enjoyed a much comfortable change in their clothing style in this era. However, the differences were not substantial but still were noticeable. Three-piece suits with high-rise cuffed trousers and wider lapels were common during this time. Shorter mackinaw jackets were really popular during this time. Workwear and casual clothing were different for men from different classes. The style of overcoat and hats used then gave off the vibe of class the person belonged to. Pocket watches, neckties, bow ties, and wristwatches were still a thing at this time. Woven vests were also popular during this period.

The quintessential fashion of the ’50s was the time that saw the maximum experimented and celebrated fashion of its time. The prints and patterns were much bolder, and people during this time were not afraid to test different looks and styles and move a different path from others. The timeless style from this period is still inspiring many.

Women- the women’s clothing enjoyed much youthful and colorful freedom. The silhouettes during this period became much slimmer, straighter, and shorter. Knee-length dresses like the “New look” from Christian Dior became popular. The shoulder lines were much softer, and bright colors were sported.

Men-The menswear saw a great evolution in leisure and sportswear during this period. New fabrics were experimented on so that men’s clothes were easy to wash and maintain. Synthetic fabrics were introduced, and darker shades like Burgundy red, charcoal grey, and Hunter green were popular among men’s clothing. These colors were basically considered for leisure or sportswear. Maintenance for menswear was given importance at this time.

You see, there is so much that vintage fashion has in its pocket. So if you still have a doubt and think, “what is vintage clothing?” then go through the different changes that you see during this period of time and then compare it with the period of ‘70s and ’80s, you can easily find the difference between vintage and retro clothing.

So, you've finally decided to step up your fashion...
Read more
Previous article
Styling Tips on How to wear overalls
Next article
Storage guide: How to store vintage clothes?