Are Italian Made Sunglasses actually better? 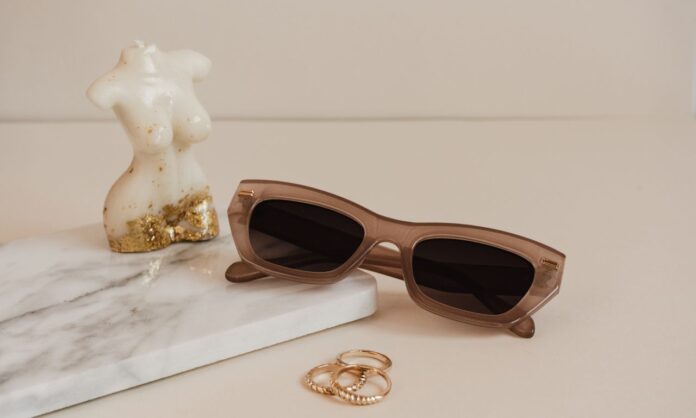 As travelling fashion enthusiasts we were recently in correspondence with an Italian manufacturer of sunglasses, Trads. Based in the United Kingdom they started designing small batch collections of high quality sunglasses in 2017 and manufacturing in southern Italy. As it happened we were in the South of Italy and the team at Trads arranged a stop off at their facility.

Whilst we learned a bit about their process and their products in advance, we were yet to get a to see a set in real life. From what we could gather though, Trads were dealing with making premium sunglasses at a very affordable price point. Their commitment to quality so them take a fresh look at all aspects of the design.

After initially working with acetate as per most of the sunglasses industry, they found by using a relatively new material they could make their frames lighter and stronger, without the need for a metal wiring inside the frame as you’ll see with acetate. This makes their glasses as light as 16oz which is unheard of as far as I’m aware.

We talked of how the lens was the most time consuming part of the initial design process. Hundred of different prototypes were used, crafted by the highly reputable manufacturer Zeiss, which helped them hone in on a graduated lens, focusing on comfort to the wearer, full UV protection and the maintenance of subtle color within the lens to give a warm and bright outlook to the wearer.

So the time came and we arrived at their workshop in souther Italy and were amazed to find the dedication to the craft is alive and well. Processes though efficient, were slow, careful and deliberate. Glasses were taken from moulding to inspection where small alignments and modifications were made by hand. Set after set, an elderly Italian gentleman inspected the frame of every single set of sunglasses in this batch of hundreds.

Though an arduous process, the result was clear to see. We moved through to the next room where sets of another frame were carefully lined up after their hand polishing process was finished. The lens not yet in the frames, we could see the near finished article, Trads logo now printed along the right arm of the glasses, one stage remained. At this stage these all that remained was for the lens to be milled to the exact shape of these frames thereafter they’d be boxed up and sent onwards to the Trads warehouse in the USA.

away by the quality of the craftsmanship which we had already witnessed, but truly surprised just how much of a positive difference the Trads signature lens makes when you wear them. I think we’re all so used to wearing sunglasses that take the colour and frankly joy out of everything, but here we have a lens which fully protects you from UV light (with the highest grading possible) and gives everything you see a tasteful warm hue, think the golden hour, all day around. Once you’ve worn them you realise it’s something that you actually need, especially if you wear shades for any length of time or with any regularity.

By the time they make it to the USA, they’ll be selling for little over $100 which relatively speaking is unbelievable value. Handcrafted, in Italy, with full UV protection and premium materials, oh and that lens… sounds like a good deal to me.

Trads are available exclusively online at www.trads.co and US shoppers can enjoy 2 day delivery across the States absolutely free.

Weddings have always been so special. You can trace...
Read more
Fashion

With autumn approaching, it's time to think about what...
Read more
Fashion

Cheeky bikinis are all the rage these days, and...
Read more
Fashion

Oversized clothes are the ‘in’ thing in fashion right...
Read more
Fashion

India's textile state speaks volumes about the country's rich...
Read more
Previous article
Hoodies and their various types for Men
Next article
How to Buy a Human Hair Wig

Weddings have always been so special. You can trace...

With autumn approaching, it's time to think about what...

Cheeky bikinis are all the rage these days, and...