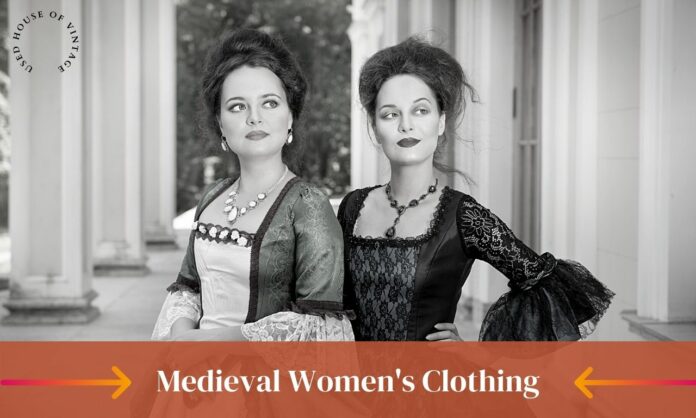 Medieval women’s clothing is important not only for academic study but for anyone interested in fashion history. The styles gradually changed from the early part of the era to the latter years, spanning from the fifth to the fifteenth century.

What women wore depended on their status. Comparing what people wore during these historic eras to what we wear today, you’ll notice that people in medieval Europe wore a lot of garments on a day-to-day basis. It was usually much more complicated than a shirt and a skirt. Even wearing a dress required layers of undergarments, including tight corsets.

To get a clear picture of medieval women’s clothing, it’s important to distinguish between different groups.

An introduction to medieval women’s clothing

There is little general information on either side as the lower classes’ clothing did not differ greatly during a few hundred years. There is a little about the clothing of other times.

The 14th-century outfit consisted of many layers. The chemise or smock of fine linen was worn next to the skin along with any undergarments. The kirtle or gown, a fitted dress, was worn over that. A surcote of some kind was usually worn by women who could afford to do so as a fashion statement or by other women if it was cooler. This garment could have sleeves and be almost identical to the dress which was under it or be sideless to show off the garment underneath. For traveling, another more voluminous surcote might be added as well as a cloak.

As the fabric was handmade and very expensive, clothing was seen as a status symbol- the richer the wearer, the better quality and more costly the fabric, and the more voluminous the garments. Wealthier persons wore more layers, often lined with expensive furs in winter, while those with a more moderate-income wore fewer layers which were often unlined.

What did women wear during Medieval times?

Wealthy women and noblewomen wore tunics, or sleeveless dresses that came to the floor, just as peasant women did, but the material choice was very different. The wealthy preferred more colorful, luxe fabrics and rich embroidery. Fur was usually worn on the inside of clothes to keep women warm, but as the era wore on, fur trim became more popular.

As the Middle Ages progressed, dress for the wealthy became more elaborate. Two tunics were typically worn, with one more vibrant and embellished than the other. Ornamental bands decorated sleeve borders, necklines, and the bottom half of dresses. Waistlines became more emphasized, with girdle-like pieces called panniers creating a bigger hip shape. Plenty of jewelry and silver, gold, and pearl embellishments adorned clothing and accessories. This is the most iconic wear of medieval women’s clothing. 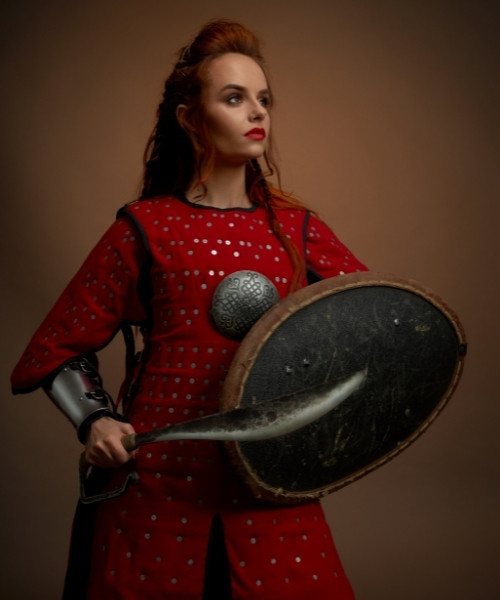 Women who were not wealthy or part of the nobility class also wore dress-like tunics or kirtles. Their kirtles were made of wool or undyed linen. Most women wore a shirt beneath their tunic.

Sumptuary laws of the time prevented the poor from dressing fashionably. These laws determined that the poor could not wear expensive veils, silver-garnished girdles, or the colors gold and purple. Breaking the law brought severe punishment. Eventually, the lace-up bodice that’s so often associated with medieval women’s clothing came into vogue.

Just as in the Elizabethan era, what people wore was determined by who they were. This was true for men as well as women. The nobility wore very different garments than peasants and servants, but one thing is the same across the board for answering the question of what includes medieval women’s clothing and that is- NO PANTS! 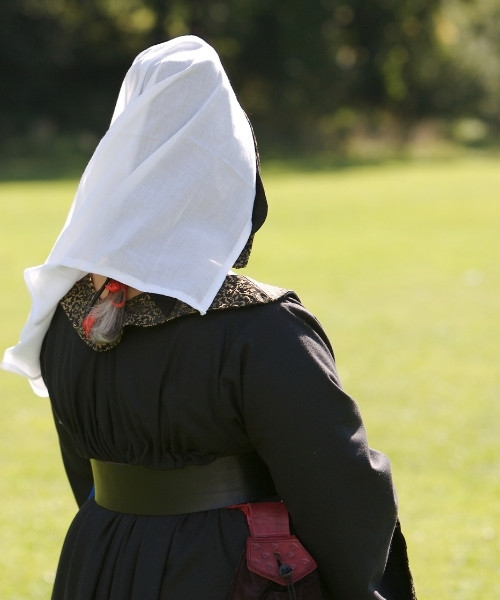 Women often covered their hair with either caps or veils. Married women, in particular, sported close-fitting nets and caps, which were formed into a bun shape. The hair was either left loose or braided and could also be covered with a long veil. Head coverings for women slowly changed from long veils to pointed caps to rolled bonnets.

How to Make Easy Medieval Costumes

Your DIY noblewoman costume starts with a trip to the thrift store. Hit up the prom dress section for something long in brocade or with embroidery. Don’t worry if it’s a little too small; you’ll be cutting it up anyway. This costume takes about an hour to make after you pick up the supplies.

In addition to the brocade prom dress, you’ll need the following tools and supplies: 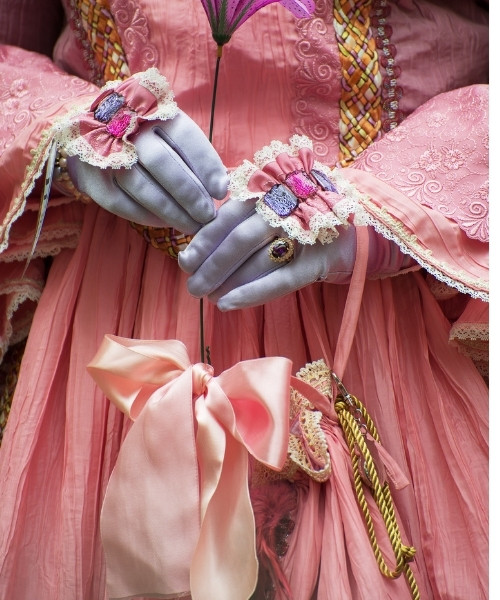 Unfortunately, much of the original clothing from the Middle Ages has been lost due to deterioration. Much of the information that’s available from the fashions of the era comes from paintings and sculptures, which were better suited to survive the times. By reading about some of the era’s styles, you’ll be knowledgeable about one of the most important eras in fashion history and prepared if you have to dress as a fair maiden or saucy wench for a costumed affair. Hope you liked the article!

The world of vintage was created from the phenomenon...
Read more
Previous articleTank tops for women- Styling tips for every occasion!
Next articleAn Introduction to Iran Women’s Fashion